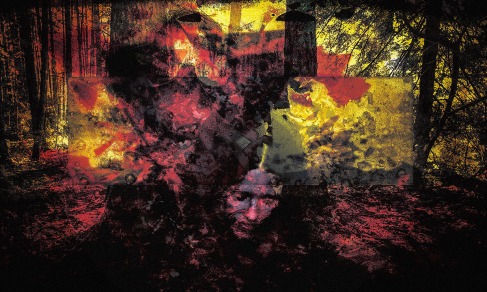 Poets are regularly obsessed by various kinds of ancestors, whether poetic or personal (though the two can be indistinguishable). These two vastly different books, one by a nascent writer and the other by a seasoned one, both entertain ghosts, their poems marked by the process of entering memory through family and text, in order to re-vivify and thus, honour the past.

What Shines: The stark cover, depicting a diaphanously-skirted woman rising up a flight of grim stairs draws the reader into Nish’s first book of lyrics. The poems, some laced with haunting refrains repeated at the start and close of the piece: “This morning my fingers/do not move as fast as they did a week ago/to find the keys of memory,” are elegiac in tone and fraught with the ache to commemorate and contain. Poems like “When someone forgets to say Goodbye” are chillingly moving, evoking as they do the emptiness that besets the incomplete griever who cannot locate solace, even in the covering of “snap dragon roots with old tea leaves” so aware the speaker is of the mortality of all. Others whirl with tenuous literary sexiness such as the longer piece, “Chaucer and Hass” where the lovers bounce about in the jouissance of Old English dialect or sting with remembered parental dismissal like the poem, “On Being Ashley Judd,” a focused address to a mother who never found the speaker beautiful though she finally realizes that true beauty is about “surviving in the world/when your mother couldn’t stand the sight of you.” And there are lines that ring with generational sonority: “passing traditions without a word/passing the heavy parcel from lap to lap/watching silently for our stop.” Nish’s strength of feeling for her ancestral stories is clear.

What Stumbles: What often besets a first book of poems: many pieces descend into the sentimental through over-writing or cliche or that typical tendency to tumble into abstraction. Such images as “dreams are airlifted into the stomach of a cave for safekeeping” or “A dragon bursts through our minds/her body disintegrates into a ring of fire” or “a single finger tracing mountaintops along bellies” may hold deep personal significance for the author, but they don’t translate well on the page to anything the reader can enter tangibly or without a disjunctive jolt of disbelief. At times, these leaps can feel strained to the point of unintentional humour like the image of “dirt” in the speaker’s pockets that “haunts [her] still,” or the “celery crunch of time” that “plod[s] down the hallway.” One understands what the writer is trying to convey, but it’s not quite there yet, mostly because the verbs needed tighter, more visually precise, honing. With continued practice, Nish’s narratives of the past will become ever more potent.

What Shines: Graham’s fifth collection has been widely praised and, for the most part, justly so. The gothic, textured, ornately spare cover design is gorgeous and the experimental entrances into Dorothy Molloy’s poems are fascinating. I adore form and fiddlings with it and Graham shows what can happen when one reads a deceased poet’s work so deeply that their spirit in a sense infiltrates, shaping not only the content, but more importantly, the structure of the work. While PK Page got away with writing a whole book of glosas, it’s not a form that is truly conducive to comprising an entire text and Graham, by removing the traditional skeleton and yet keeping the ectoplasmic energies of it, thereby creates a stronger, more organic book. I loved “Chthonic” with its dark fairy tale world where “the lilacs have risen to solo in the corner orchestra of green,” “Hat Rabbit” which contains my favorite Molloy fragment “grief trees,” the HD-like “Crown Island,”  “The Calling,” “The Fix,” “Where Blue Lives” and the e.e. cummings’ invoking “My Skin is my Grave” with its “high grotesque” figure of “Mister Death.” I have not read Molloy but I sense that her voicing’s conjoining with Graham’s wholly respectful and trembling honouring is complete. The best poem, however, is the first, non-Molloy one: “To the Animal He Met in the Dark,” with its richly impeccable grieving.

What Stumbles: I wanted to see at least one original glosa prior to the “dismantlement.” It would have been interesting to trace how the form eroded, striated, enacted its essential erasures. Some of the fragments from Molloy seem unnecessary, especially when they are one or two words like, “my blouse” or “bats.” I did find the italicized lines distracting, obviously necessary but still a bit of a stubbed thumb in the text at times. Lots of pieces didn’t grip me at first but over the course of a few readings they began to seep in until I could scarcely shrug them out of my blood. That’s always a good sign. 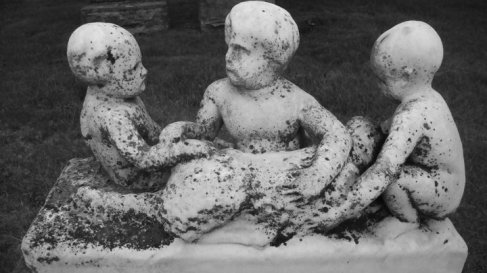