The first event on my Designated Mourner tour (ECW Press, 2014), apart from the initial Grief Forms workshop I offered out of my New Westminster apartment, was held at the deliciously cozy Paper Hound Bookstore on Pender Street. There was an audience of about 13, all people I knew, including my ever supportive parents, a few writers (Jamie Reid, Dennis E Bolen), a couple of musicians, and three visual artists. I had decided I would begin every reading by singing 4 lines, then reciting the other 4 of the first piece in the book, Lung Poem, followed by reading Sonnet on You Not. At the end, for short recitations, I would close with the second poem in the book, Constellation, in an effort to create a kind of “textual resurrection” by reading the other poems from back to front, in essence bringing Chris, my deceased spouse and the subject of the book, “back to life.” 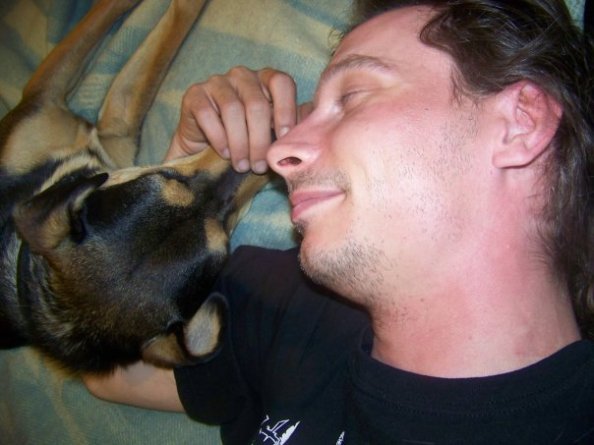 For the Vancouver, Edmonton and perhaps Kingston events though, as I was and will be the solo performer, I thought I would end instead with the long poem in 13 parts called “The Nth Chambers of the Heart,” a piece that moves through many difficult registers and narratives of addiction, gentrification, love. Tonight, I recited it with the accompaniment of Anna Kuchkova, dark cellist. Apart from a few sludgy pronunciation moments, I think it went intensely well. I like the luxury of longer poems sometimes, despite their massive energy output, as one can lose oneself in the rhythms, sink into the space outside of repartee, introduction and immerse at depth. Luminous photographs, most of myself and the listeners laughing, though some harshly vulnerable, were snapped by Karen Moe. I sold about six books and went out for pizza afterwards 🙂 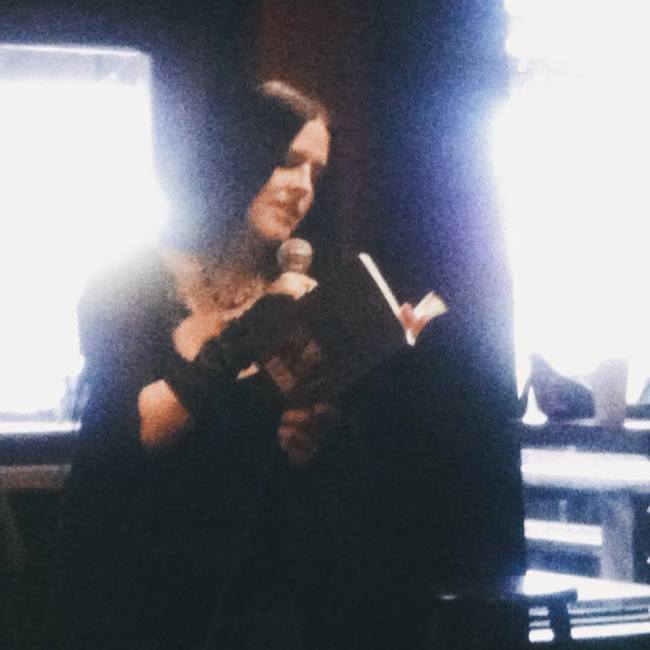 #2 Edmonton: I was nervous about returning to the city where Chris died, a place I had lived in for 3.5 years and where I had to flee when he became addicted the second to final time, losing my home, bands, animals, people I had called friends, our reading series, my writers’ group. But I also had hope that it would feel like a semi-homecoming and a fulfillment of one circle of this returning of poems to the world. That was to be in one sense and not in another. Yes, there were poets at the Empress Pub for the Olive Series like Lainna Lane (who took otherworldly photos of my solo performance) and Doug Barbour and artists such as Jenny Keith (who also let me stay two nights at her warm, cat-happy house) and musicians like Russ Drury, also one of Chris’s closest friends. But no other of his compatriots in the metal scene and next to no other writers attended. It was snowing yes, and there were colliding events. Time is just so brief though and one wants, on the road, to see as many people that one knows as possible in the limited hours, especially when those individuals carry emotional resonance. Regardless, I relished the largesse of two sets, one of lyrics, alone, and the other, when I jumped from the stage to the floor, and recited the lengthy piece into the mic, to the dual accompaniment of John Armstrong on Theramin and Izumi Kuribayashi on violin.

At times, as with when I worked with the cellist, I felt I had to yell a bit too loudly to rise above the music, but mostly I was pleased with the way they created melodic themes, trailed off at intervals and with how I ended in silence. There were tears from audience members. Lots of embraces. Thea Bowering bought me a Magners cider. Eight books exchanged hands, including one to a teacher I had never met who told me how she still hasn’t recovered from her father’s death 15 years ago. A man, Alaistair, who had just come to the usually noisy bar for a drink, pounded the area around his heart and told me, “I like what you said though it was hard. Keep speaking of grief. You have profound talents. Thank you.” Then more drinks and long talks into the early dawn.

#3 Calgary: Snow fell through my Red Arrow bus trip and onwards into the evening. I was fairly jubilant though a little exhausted from staying at my brother’s house and being auntie to his six kids under seven all day prior to the reading 🙂 The reading (after a lovely bowl of soup and chit chat with 12 poets at the Rose & Crown Pub) was held at Shelf Life Books, hosted by the Single Onion series. This was my first group performance and I read last after the humorous hockey poet, Keith Worthington and the generous river-historian poet, Bruce Hunter, following a break where the crowd of about 38 listeners (many this time being writers, among them Nikki Reimer, Kimmy Beach, Micheline Maylor, & Kirk Miles) munched on cheese and grapes while sipping wine and browsing the wonderful selection of titles in all genres. I started with my song-poem, forgetting in my weariness one word and replacing it in the moment – “accept” became “escape” – I don’t know how the one word was lost, the other found, but if I was irritated at myself for failing, I was relieved that an alternative suggested itself so quickly, that perhaps no one noticed and that I continued to sing on-key. I felt very comfortable in this space with these people. They laughed, were hushed, wiped their eyes, were held in the moment. Afterwards, until the bookstore closed, conversation washed all over the room & photos were snapped by Monique de St Croix & hugs were had. One man wouldn’t stop telling me how much he enjoyed the reading, how he had never experienced anything like it and how important talking about mourning is. Anne Sorbie brought me back to her lavishly calm home afterwards, I not only feeling content at having signed nine books but at feeling so much connection with Calgary’s artists. I slept so very deeply as the snow continued to ignore April, all night long.