Branding helps to identify desire, even in the liminal realm of poetry. If it’s a Stuart Ross Book from Mansfield Press, the reader is almost always likely to be served smart, ironic, funny, surreal, well-crafted, but lacking an emphasis on closure, possibly Jewish in author and/or subject matter, and potentially unconcerned-with-immediate-or-any-meaning poetry. I aimed to only review one or two of these five Spring titles but I found I couldn’t limit myself as I enjoyed most of them so much. My approach here will be simply a discoursing on each, rather than a Shining, Stumbling, Echoing modus. So, here we go.

#1: David W. McFadden’s Shouting Your Name Down the Well  Tankas and Haiku

At first, I was a little overwhelmed by the number of tankas and haikus in this orange book, emblazoned with a watery (yes) image of the venerable/self-deprecating author on the front. It seemed to oppose the very ache of these forms: for breath, space, a surrounding white. But the more I read, the more I understood the apropos crowding of these Japanese forms onto the page as they are, after all, North American variants in subject matter and even often in syllabic count, so why should they not be in terms of their spatial presentation too? Though McFadden refers to himself as alter ego, Genmai, in writing these pieces, the two personas have so fused over the past six decades that their voicings are nearly indistinguishable. Some of course are throw aways, like :”I am a king who/has three daughters, a daughter/who has two sisters,” which provokes both a huh and a so what in my mind (reactions that may perhaps be the point), but most evoke the exquisite McFadden panoply of awe-struck (“In the warm dark night/I awaken to the scent /of a plum blossom” – one of many haikus in homage to other writers, this one being Izumi Shikibu), adoration, questioning, consciousness of age and foolishness, and the humble significance of poetry in the world (“What a wonderful/position to be in. Not/caring what I write/but only how I write it/And why, where or sometimes when.) One of my favorites, given my own obsession with elegy, is this haiku: “Dead people aren’t dead/They’ve become permanently/Unavailable.” Kudos to Ross for being such a McFadden Woo-Hooer these past years so we can keep enjoying his seriously whimsical singings. 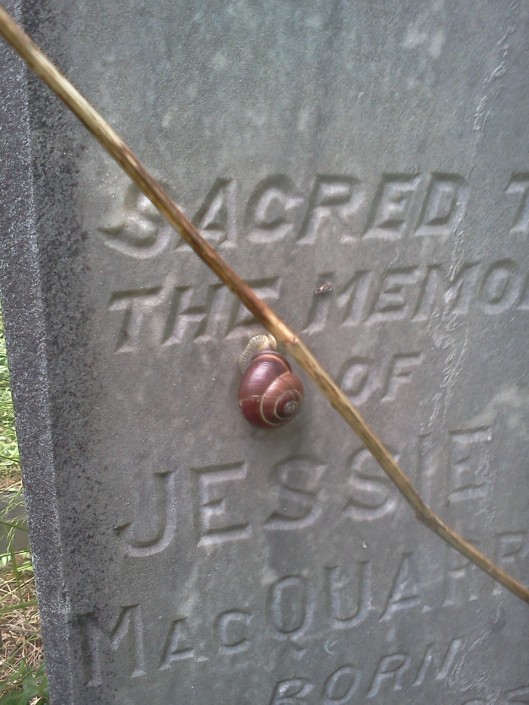 #2 Jason Camlot’s What the World Said

Nice stark cover with its blocks of aqua & green colours and the title a slam into your eyes, preparing you somewhat for the bam of language you are about to encounter. A book of elegies, or as the back blurb says, Kaddish, for his father, Camlot’s poems range through a forest of forms from the anaphoric litany (“What we did” with its lines all starting with “we” or “Thirty-One Awakenings”) to imperative heavy pieces like “Study” and the brilliant “Rules for Sadness” which truly engages with the absurdities of grief and its societal reception (“Don’t eat a bouillon cube as if it were a caramel square/Tinkering: not allowed/One must not carry fistfuls of cotton balls for no reason”) to the letter poems that all start “Dear Death,” and include some of the most superb moments of emotion in the book, such as “You never answered my stupid questions/And now you take my book from me?” or “cut the pages/of the little bird’s/tiny heart/and try to read/what’s written there.” Although I understand only bits of his poems involving Gehenna and Sukkah and Minyans, not being Jewish (many of these pieces appear to be suggesting that, compared to his father, Camlot lacks certain “required” Jewish qualities; he calls himself a Jew-tard, for instance), but it didn’t matter as the meanings remain generous and the textures of the lexicon are so delectable: his WC Williams’ homage “Etrog”, or “at the meshuggener-nebbish-nudnick minyan this morning, I found a/pubic hair in my siddur” or “Sneer at duct-taped weekly siddurim…/Hammer your coins into the tzedakah box.” Only really “Four Domestic Poems” fell flump for me with its silly surrealisms such as, “My friends like to eat houses and apartments,/ cats and dogs,” but most are potent, giddy, elaborate, scholarly in the most ebullient sense, imaginative and stirring.

Since reading Good Meat (2006), I haven’t been a fan of Couture, though I couldn’t quite recall why. Something about her lacking-music lines I think. YAW, with its eroded cover image of a ragged basketball net and two folded chairs, has fortunately shifted my level of interest. Couture seems to have grown in bounds as a writer and is much more compelled by form, tonalities and imagery than prior. YAW is only a skinny book, barely the length a trade publication “should” be in this country, and perhaps this is part of its strength too. Few poems seem tossed off. Again, there are litanies here (“Hail Mary”, “Fact Check”), lovely long-limbed couplet pieces, infused by the spirit of John Berryman (“This elegy is not for you, but for the halo of your life: the things left behind – YES!) and strong descriptive chunks that echo Bishop’s persistences of seeing: “This town is all small towns” (Memorial Gardens) or “To the right, a flock/of golden eyes, gullets filled with filched grain” (Double Hull) – a perfect moment of sound and vision. I loved Acre too. And Algoma. And Ends with its tragic-obvious closing statement: “One day it will be as if you were never here at all.” The book gets more powerful as it goes on with weak instants like “Predictions, Sunday” that finishes its brief dichotomous sketch with the flat “Both guide us into the storm,” falling away and more in-depth, fully felt poems taking their place in the reader’s ears and heart.

I admire Barwin for his performative abilities as a poet and musician, his loopy sense of humour and his humble intellect. I really enjoyed his collaboration with Derek Beaulieu called Frogments from the Frag Pond for its experimental but still deeply-moving approach to Basho’s haiku. That said, I felt drawn in and spat out of many of the poems in this sleek green book with its inexplicable bird on the cover. Maybe it’s because I was reading the other Mansfield titles at the same time, and especially the Camlot, Couture and Brockwell, with their rich lexical textures, that Barwin’s pieces seemed skimpy, insufficient. I just don’t know what to make of poems like “carrying big boy,” with its lines that ug-clomp on the page, “Had to carry big boy/We were in the forest/He could go no further…Autumn/Hair tangled/Leaves/Deer-coloured” or the similar plodding incomprehensibility of “woman expects/tornado the father/baby the still eye” in the piece “tragic story.” Barwin has a scrumptious imagination though and in poems such as “belief case” (night holds the earth by its black handles), “civilization” (we use our mouths to carry birds) and “coffee shop” (in a cheese sandwich/I am the absence of ham….the stars sparkle with butter and expectation) it glows with its union of child-like wonder and adult craft. But others, like the titular piece, just left me wondering what cortexical drug the poet was on 🙂 (“moon, baboon, canoe/moon, shoelace, canoe/baboon/baboon). I appreciated the way the book is split into five numbered parts and particularly part two, whose entirety is a gorgeous Brueghelian set of scenes called “woodland road with travelers,” along with part four, again a lyrical poem in segments, “seedpod microfiche.” Barwin is poignantly essential when speaking about nature, and the one poem that truly departs from the overall rhythm of the book, namely the anti-invocation “eclogging” (Nature, I hate you) with its entangled echolochaic lines like “the unrelenting entropic cadenza of your rococo filibustering/your cantankerous obfuscations…) may be the best of the bunch. I like this book more than I thought I did, actually.

I confess that I have never had much interest in reading Brockwell and no idea why. I guess one can’t read everyone. This book made me realize I have been missing out. The cover, of stained folio pages with the title in trembling cartoony font, is appealing, as is the way the sections are organized, each array of poems from these supposed manuscripts beginning with a creepily quaint illustration. So “from The Prime Minister’s Nursery Rhymes for Insolent Children” has the picture of a woodblock girl skipping rope under it, her dark hair whipped up like flames. The Virgil for this book is purportedly the “angelic stranger” or daimon, Karikura who appeared to the befuddled geek author to give him these scratchings from incomplete texts. As funny as this device can be (for instance, when he critiques Brockwell, who has written “gorgeous sunset…beyond words” as being a fool suitable for a slagging), I didn’t feel it was a necessary one. Maybe there needed to be more of these pieces than five for me to become absorbed by the “voice.” Regardless, Brockwell manages to be poetic, political, humorous and sharply formal in many of these poems. Some of my favorite sections are, “from The Big Book of Confessions & Apologies by Self-Aware Addicted Persons,” “from Cantos of the 1%” and “from Pindaric Odes to Elementary Substances.” It is truly impossible to summarize this book. I don’t want to. It is too wildly-leaping and yet beautifully-grounded for that. Instead I want to close this extensive omnibus review with Brockwell’s lovely poem (resonant of both Al Purdy and George Elliot Clarke) “Water” (without the sweet visual of its gradated line breaks, sorry):

Best of all things has always been you, water,

trillions of your tilted flying Vs in

each human, fish and worm, each suck or sip

et cetera – to the uncertain greeting

of the egg and seed).

At least one molecule of you in me

passed through the body of some great person,

in the urine of Josef Stalin, say,

on an October morning in his youth;

it may be one I am passing on now

as a drop of saliva flies from my tongue

Better yet, one of your numberless flowed

through the Norman tongue of Pierre Trudeau

paddling down the Lievre in buckskin

or trudging through a blizzard on the Hill.

May that one lodge in a dormant neuron

of an untapped cortex of my brain,